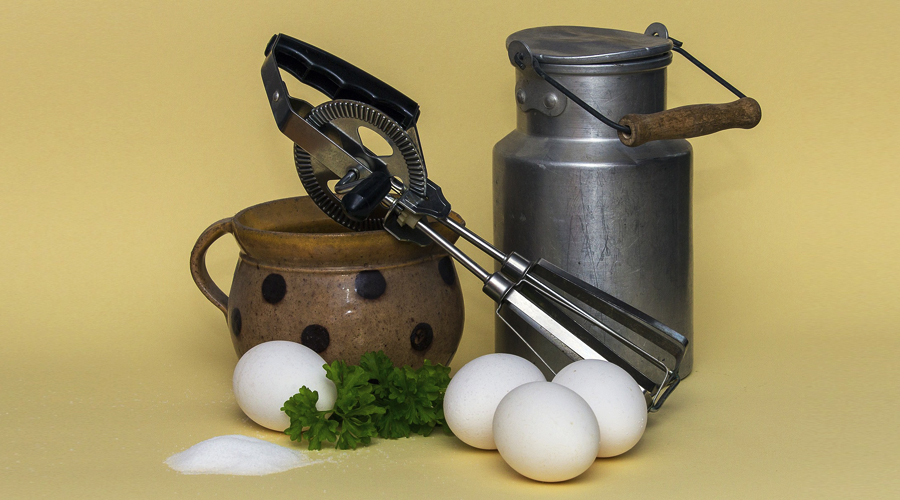 Posted at 11:41h in Kitchen by admin 0 Comments
0 Likes
Share

A small cup made of porcelain, heatproof glass or pottery with a screw-on top. To use a coddler, break an egg or two into the cup, screw on the top and submerge the cup in simmering water until the egg is cooked. Eat the eggs directly from the toddler. You can also coddle eggs in a small jelly-size canning jar.

An electric appliance which steam-cooks eggs in the shell. Most egg cookers also have inserts or cups for steam-poached eggs and some have a flat insert for cooking fried or scrambled eggs and omelets.

A shallow, slope-sided skillet, 6 to 8 inches in diameter. Crèpe pans range from inexpensive, lightweight pans to sophisticated electric models, some of which cook the crèpes on what appears to be the outside of the pan. You can make crèpes in almost any small shallow pan with sloping sides, such as a small omelet pan.

Small, deep, individual bowl-shaped dishes, with a capacity of 6 or 10 ounces, designed for oven use and perfect for baking individual custards or quiches.

A shallow, slope-sided nonstick skillet, usually 7 to 10 inches in diameter. A double omelet pan consists of 2 shallow rectangular or semicircular pans attached by hinges. Each pan has a handle.

A sharp-pointed tool for gently pricking a very small hole in the large end of an eggshell before hard-boiling. Piercing may allow some air to escape and some water to seep into the egg during cooking, which may make peeling easier. However, piercing often produces hairline cracks in the shell, making the egg more vulnerable to bacteria. For this reason, piercing is not recommended. To make peeling hard-boiled eggs easier, use eggs that are 7 to 10 days old.

A round, shallow, straight-sided ceramic dish, usually with scalloped edges, for oven use. Sometimes also called a flan or tart dish, a quiche dish is available in several sizes. You can also use a pie plate of the same size to bake a quiche.

A round band, with or without a handle, to hold a fried or poached egg during cooking.

A device which cuts a hard-boiled egg into neat slices with one swift stroke. An egg slicer has an indented tray in which the egg rests and a cutting mechanism of parallel wires. To chop an egg, carefully rotate the sliced egg 90 degrees in the tray and cut through again. You can also chop eggs using a pastry blender in a bowl and slice or chop eggs with a sharp knife on a cutting board.

A device which cuts a hard-boiled egg into 6 equal wedge-shaped parts. The widget holds the egg upright as you pull wires over it to cut the wedges. When you draw down the wires only partway, you can open the egg to hold a stuffing or to resemble a flower.