Basic Table Etiquette For Everyone 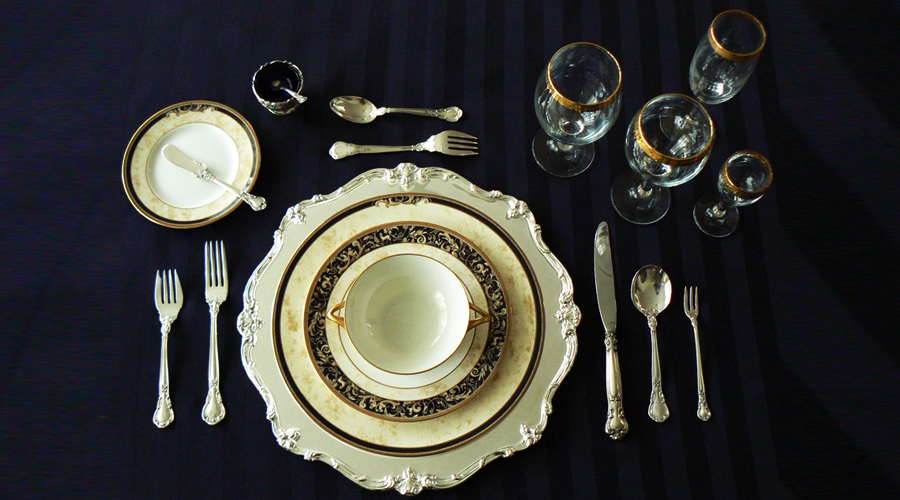 17 Sep Basic Table Etiquette For Everyone

Posted at 11:43h in Kitchen by admin 0 Comments
0 Likes
Share

This depends on where you are, geographically situated. In many parts of the world, even today, it is acceptable for you to belch after you have had a meal, because that shows your host that you have appreciated it. But try Belching really loudly in a restaurant in the West and everybody who hears you is not only going to squirm with repulsion, but is going to wonder which particular gutter did you crawl out of?

Basic table etiquette, which one has to learn as a child, wherever he is on earth is not to make slurping sounds when he is drinking or eating something, especially soup, not talk with one’s mouth full, not make a noise when you are using cutlery on your plate, like a knife, fork and spoons, and above all, never eat directly from the serving utensil itself.

Also, one thing you never do, which we Indians love to do. That is licking our fingers, after a really tasty gravy meal. This reminds me of something very hilarious, which happened in 1997, when I was a member of a prestigious gymkhana club. Once upon a time membership to this club was very select and limited to only senior government officials, the British and other Indians, who had had exposure to English culture and would not embarrass the host in front of the rest of the club members by sprinkling water around his plate, and then washing his hands, in the plate itself, after he had had his meal.

Well, here was this woman, who looked well-educated and cultured, and she was eating butter chicken in the club, while the rest of the members were playing Tambola. Suddenly I noticed that she had wiped her fingers all across the surface of the plate and then licked all of them with great contentment. After that, she licked her lips, instead of wiping them discreetly with her napkin. And then she put in another spoonful of chicken gravy onto her plate and began dipping the fingers in and licking procedure, once again.

I was astonished to believe that a woman who looked so well-dressed and looked well-educated did not know that one used a spoon in order to eat gravy. And one did not lick her fingers in public.

Suddenly she noticed that I was watching her. It was very difficult for me to keep a straight face, and her eyes narrowed. Suddenly, defiantly, she dipped her finger again into the gravy, put it to the side of her mouth and licked it delicately, with her tongue in a very dainty ladylike manner.

I really do not remember how I got out of that place without making a fool of myself laughing uproariously. But there are going to be people like this, all over the world. They do not want to learn basic and proper etiquette and good manners.